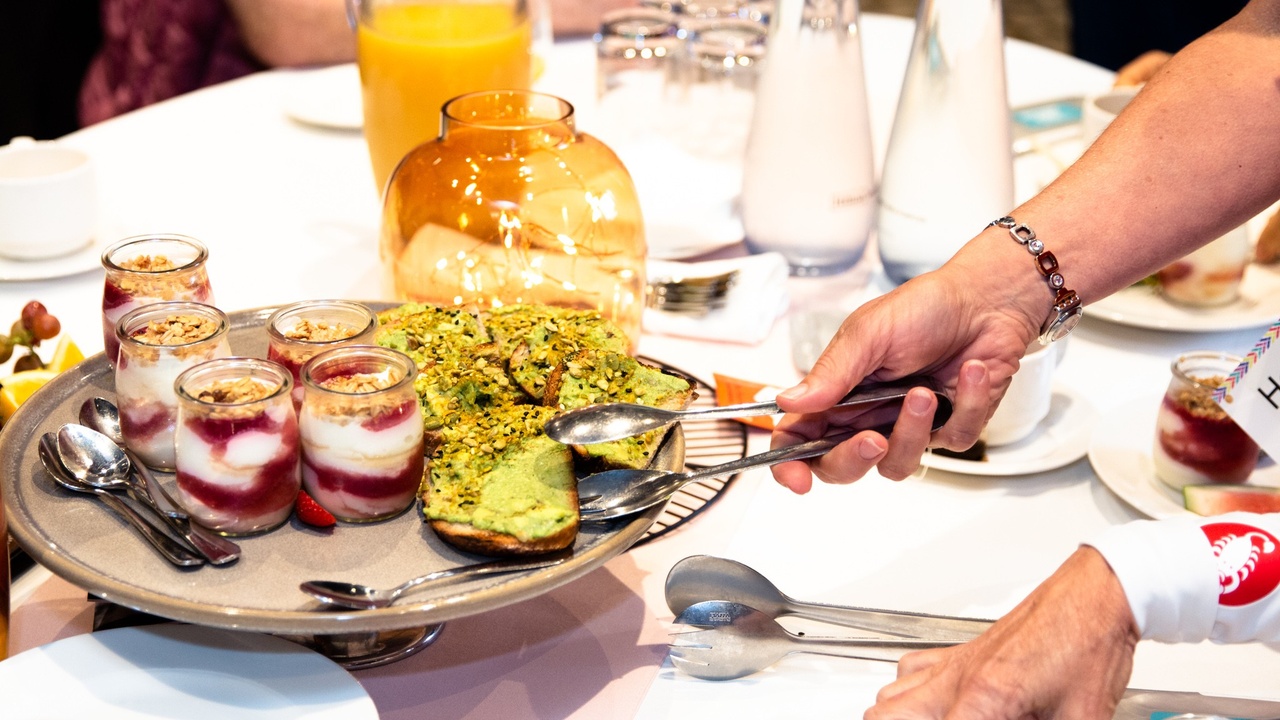 Keeping healthy is a big challenge in the modern world, especially when it comes to food. Our food environment is very different to even a hundred years ago, let alone thousands of years before that. We have constant access to energy-dense, highly palatable foods, so it is easy to take in more than we need and gain weight.

Being overweight increases the risk of chronic diseases including Type 2 diabetes, as well as certain types of cancer. Conversely, maintaining a normal weight is one of five healthy habits that increase life expectancy, along with regular exercise, not smoking, moderate alcohol intake and a healthy diet.

Weight control can seem like a battle, but you have an ally. Our body has ancient mechanisms that evolved to regulate food intake and keep weight in a healthy range. In fact, scientists have found more hormones that lead to satiety (the feeling of fullness), than cause hunger. There is enough information available now on appetite regulation that you can aim to manage your weight on the basis of feeling full, as opposed to having to be hungry,

Here are a few tips on engaging satiety pathways for a healthy body weight.

Filling your stomach might seem like odd advice in relation to weight control, but it has a real basis. One element in how our bodies know we have eaten enough involves stretch receptors that activate when the stomach fills. This is also part, though not all, of how stomach-stapling surgery works for weight control.

You have probably heard of filling your stomach with water as a means of combating hunger. But liquids leave the stomach quickly, so that effect doesn’t last long. A better approach is to eat whole foods low in energy density. Those can be fruits like bananas or apples, or vegetables like pumpkin, cauliflower or tomato. Even after chewing, these remain as solid pieces in the stomach. In contrast, fruit or vegie smoothies exit the stomach quickly, so they leave you feeling hungry again sooner.

Of the three major nutrient groups—protein, fat and carbohydrate—protein is the one that most contributes to fullness. Many of us eat more protein than we need, given that the recommended intake is only about 60 grams per day. However, if your protein intake isn’t evenly distributed across the day, you may be getting less benefit than you could. If you normally just eat toast for breakfast, you may feel full for longer if you include a couple of eggs (6 grams of protein each) or a serving of skim milk (8 grams). If you use a similar approach at lunch, you may find you feel less hungry at dinner time.

One of the interesting ways our body knows how much we have eaten relies on sensor cells near the end of the small intestine. This is the last place in the gut where we absorb food, before passing the undigested remains to the large intestine. Sensor cells in this region detect whether nutrients such as fats or amino acids are present. If there are residual nutrients, our body concludes we must have had a fairly big meal, so the sensor cells send out satiety hormones telling us to stop eating.

Sadly, this is where a perfectly good biological feedback mechanism collides with the reality of an industrialized diet. Most of the foods we eat today have been refined in such a way that they are rapidly digested and absorbed, leaving few nutrients in the gut for the sensor cells to detect. When these cells fail to activate, we keep eating even if we have already consumed enough calories.

To slow down digestion and increase satiety, it is best to choose foods in their original wrapping. The nutrients in an apple are absorbed more slowly than those in apple juice, so some remain in the gut to turn on the sensor cells and make us feel full. Whole brown rice is digested more slowly than rice crackers, giving the same effect. Edamame is more effective than soy protein isolate, and so on.

While not strictly a nutrient, fibre is one of the elements that is deficient in the modern diet. You may think of fibre just as preventing constipation, but the reality is more nuanced than that. One form of fibre, insoluble fibre, does have a bulking role. But a second class, soluble fibre, serves to nourish our gut bacteria. In the large intestine, bacteria feed on this fibre and convert it to short-chain fatty acids, which are absorbed into the blood and provide a signal to stop eating.

Unfortunately, most of us are in a vicious cycle with regard to fibre. Not only do we not achieve the 25-35 g intake that would enhance fullness, but by habitually not eating enough fibre we deplete the bacteria that need it. If we increase fibre intake, we get gut discomfort from incompletely degraded products, which convinces us that we can’t tolerate fibre, so then we cut back again.

The solution is to view this as a long-term project, understanding that it may take twelve months or more to grow a healthy population of gut bacteria. Slowly increasing soluble fibre can minimize gut discomfort while you learn to incorporate new ingredients. Rolled oats are a good source of soluble fibre, as are most fruits, pearl barley (a nutty substitute for rice), rye bread, Jerusalem artichokes and pulses. Using varied sources will support a diverse set of gut bacteria, which is good for overall health. And as an added benefit, soluble fibre also lowers blood cholesterol.

A less common approach to appetite regulation relies on the use of bitter foods. Bitter tastes, along with sweet, salty, sour and savoury, are among the chief sensations we perceive on the tongue. But bitter elements are also sensed in the gut, where they slow stomach emptying, so we feel full for longer. In a world where foods are engineered to a bliss point of sweet, salty and fatty sensations, bitter foods can also offer a reset for the taste buds.

Bitter foods are uncommon in the modern diet, in part because we have selected for crop variants that no longer contain bitter components. But a few options are still available. Grapefruit and citrus peel are both bitter. Rocket can be bitter, as are leaves in the chicory family including radicchio and endive. Fresh green olives are bitter, though some of the bitterness is removed in brining. Walnuts have a bitter taste, as do cocoa nibs. Cocoa was originally a bitter drink without any milk or sugar, something you can try re-creating if you are curious.

A number of studies have shown that high-intensity exercise can suppress appetite. While intensive exercise does make you eat more, the additional calories don’t completely replace what you burn, leading to a net energy deficit. In contrast, low-intensity exercise is less likely to give this effect.

If you find that exercise is not helping you to control your weight, try adding some high-intensity sessions. Keep in mind that high-intensity doesn’t mean Olympic-level pace. It just means a solid effort for the fitness level you are at now. If your workout gets you breathing hard enough that it’s hard to say more than a word or two at once, that is high-intensity.

There are different ways to create a high-intensity workout on the bike. One would be to ride up a hill that you don’t usually attempt, or ride repetitions of a hill you normally only climb once. If you have access to safe roads or a crit track, you could also try sprinting on the flat. Alternately, find a friend who is a little stronger than you and try to ride with them at their pace. You may be dropped after a bit, but to the extent that you push yourself till then, you will gain added fitness, and most likely, some appetite suppression as well.

Combining the different elements described here won’t lead to rapid weight loss, but it can help you target a healthy weight while avoiding a destructive cycle of dieting. If you find this approach works, consider sharing it with a friend!

~ Dr Annette Dexter, Guest Blogger
Annette is a protein and peptide chemist with over 20 years experience as a bench scientist. She's also a lecturer in chemistry, biochemistry and food science at the University of Queensland.