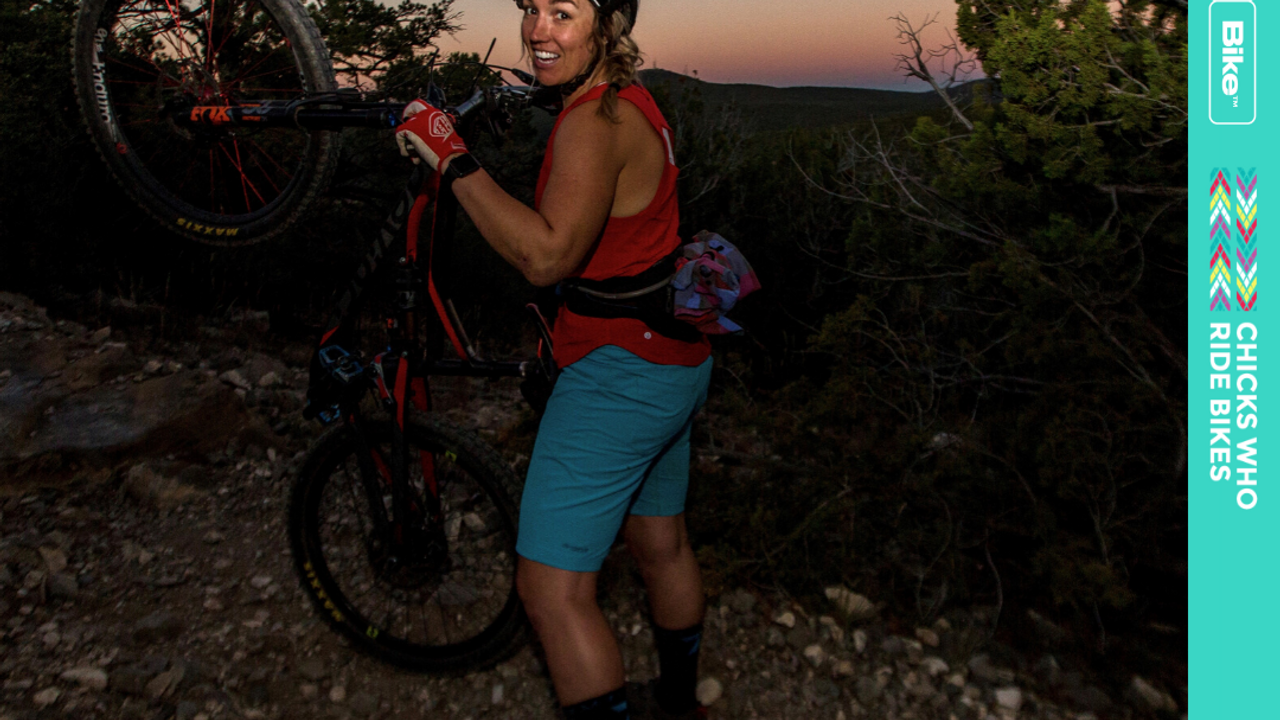 In case you don't know her, Amanda Batty is an American ex-pro downhill MTB racer.

In 2015, she left Pinkbike in rather spectacular fashion after backlash she received from speaking up about a sexist remark in the workplace.

"My final indictment was in August of 2014 when I opened a bike review comparison by a male Pinkbike writer who compared the malleability and handling of a bike frame to a ‘girlfriend after too many shots’ in that both would do anything you asked."

I was told by one classy gentleman that he would “show rape culture” if I didn’t shut my “fat ass feminist bitch face”. Beautiful.

She retired in 2018 after a pretty gruesome leg injury sustained while riding in the USACycling MTB national championships . Although her retirement came after her crash, it was a case of post hoc ergo proctor hoc (After, therefore because of), as she descibes the real reason for her retirement as a combination of factors really.

"Now I don’t have to be the person who gets tagged into ridiculous arguments between idiots who don’t really give a damn about sexism in sport or else they’d speak up themselves and stop asking me to do the dirty work. Now I get to ride my bike without dudes trying to race me on the trails or show off. Now I don’t even have to ride my bike if I don’t want to. Now I get to be a person again instead of a nebulous, one-dimensional caricature people project their insecurities and needs onto, and I get to tell them to f*** off without worrying about whether or not I’ll be able to beg my way into suspension or tires or chain lube again this year.

Now I don’t have to pretend that I’m actually considering sleeping with product managers in order to get on a product roster in the first place. Now I don’t have to walk the fine line between ‘c***’ and ‘c*** who seems like a bitch but actually is Down As F*** because she plays so many different roles because this industry won’t even let a woman live’.

And now I get to live my way, the real way, and when the heavens fall, I can just turn my phone off and wander into the woods."

We talk to Amanda Batty about her career, IWD and just general bike nonsense.

CWRB: You've championed the fight against sexism in your career - what that has been like for you? It can’t be easy, I’ll bet you’ve had very low lows as well as the wins.

I have, and it’s gotten exhausting because I constantly feel as though few people are willing to pick up the torch and run with it.

We’ve seen a lot of massive changes in the last few years as well as a cultural shift where more influential female athletes are speaking out, but I’m still disappointed at the lack of risks that those same women are willing to take — so many people are willing to say what someone else is parroting right now that everyone was so afraid of saying just 3 and 4 years ago, but I see very, very few women standing up and saying the things that need to be said right now.

I see a lot less bravery than I thought would exist at this point and a lot more groupthink. That women’s specific bikes are still a thing in the bike industry is just embarrassing, as is the continued lack of women in pivotal roles at companies, especially as athletes and in business leadership. It still feels very fragile and rings very false, especially when so many bike industry brands haven’t stepped up to the plate and truly committed to diversity and equality in meaningful ways, like hiring more women across the board, investing in research and exploring wage parity and the benefits of truly going deep.

With that said, however, it’s great to see equal pay starting to take hold, I’ve loved seeing pushback on everything from sexist products and mentalities to full-blown activism from women-owned brands, but most particularly, the inclusiveness and outreach that has been driven by women, for womxn and towards POC and LGBTQIA+, especially where trans rights to sport are concerned and getting into the details of the science and defending cycling as a place for EVERYONE, regardless of color or plumbing.

CWRB: What kind of women inspire you?

Women who don’t give a damn about what people think have always inspired me — women who lead, even if they’re not sure folks will follow. Women who do the right thing (even when social media isn’t watching) and who have this unspoken mission that they’re always working towards, regardless of the direction the industry leans. I’ve always admired women who are proudly exactly who and what they are in all situations, especially in person/face to face, and who don’t wilt under fire — the women who stand up and speak out and look you in the eye, but who also mentor and support and gently guide and appreciate people.

The women who’ve had the most impact on me as a person are the women who work tirelessly behind the scenes To accomplish things that they’ll never get credit for doing, just because it’s the right thing. Women who educate and inform themselves, who see to help other people even if there’s no return on it, who are generous with their minds and souls... I’ve known a few and have always been utterly floored by it.

CWRB: Why do bikes continue to be such an important tool for women’s independence movement?

I mean, at its core, bicycling is a tool that creates and fosters freedom — whether that’s carrying water to a village or carrying medical supplies between areas hit by a natural disaster or ferrying intelligence through a war zone... The bicycle has always been both a tool and a weapon to be used for whatever women need it for, and much like women, the bicycle is often underestimated for how truly powerful it is.

Bikes are also often an entry point towards capability for a lot of women — when they realize that they CAN take care of their bikes and they CAN get better at riding and they CAN use tools and buy parts and take trips and make new friends and get involved and influence policy and do all of these other things, the bike is usually a huge catalyst for those realizations, just because it’s all little baby steps of confidence that build into this avalanche of “HELL YES I CAN DO THIS!”. I mean, I’ve seen it in girls and women of all ages as they progress on the bike and those small moments turn into massive life momentum — it happened to me. That’s where it all started for me and finding myself and having this unshakable sense of self.

CWRB: If you had a magic wand and a billion dollars, what would you do with it?

I’d use the magic wand for more bikes for more people and give the money away to programs that get folks started down the paths they dream about and to really set women and girls up for success. I mean, I’d also use a few thousand to build up a dream bike, but mostly I’d just use it to help other people figure out how to make themselves happy and then chase those things with a vengeance.

If I had a billion dollars, I’d make sure nobody went hungry and a magic wand...?! My hell. I’d cure brain disease. I’d figure out how to give real freedom to people, which would probably transpire through a series of events that led to them riding bikes or getting on skis.