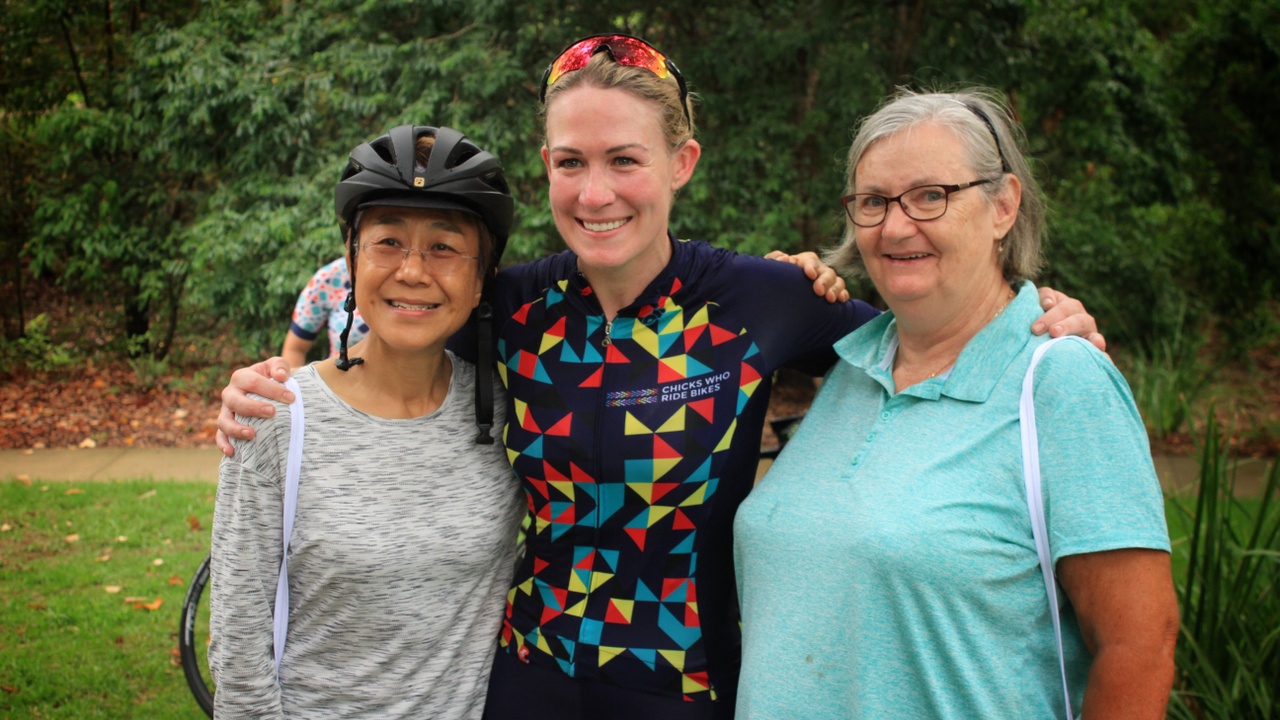 If you are a cyclist (or a swimmer), you have likely been told on at least one occasion that your chosen sport is no good for your bones and you should pursue a “weight-bearing” activity instead.

Your first response may have been to get mildly annoyed, especially if the person giving the advice was not someone ever known to raise a sweat themselves.

Come on, I’m the one out there doing something for my health! But your next reaction could have been self-doubt. Are they right? Surely riding my bike can’t be bad for me?

If you’ve ever had this concern, there is good news. For most people, riding a bike is unlikely to be bad for the bones. Even better news is that if you are in the small minority for whom cycling could be detrimental to bone health, there are simple things you can do to fix that.

Is Cycling Bad for Your Bones?

Exercise is usually expected to help maintain strong bones. However, a few studies on road cyclists have thrown up a surprising result. Compared to non-cyclists, some professional and masters cyclists turned out to have weaker bones in the lower spine and hips. In the worst cases, there were actually signs of early osteoporosis.

That could scare you off, but things are more complicated than they might seem. There are three reasons for that. Firstly, not all studies have given the same results. Some studies have shown lower bone density in cyclists, but others found no effect. Other studies even found that particular groups of cyclists had higher bone density than non-cyclists.

Looking at different study designs and outcomes, a recent review article described evidence for problems with cycling and bone health as “low-quality” and “concerning but inconsistent”. Secondly, almost all of the studies to date relate to professional or masters athletes. Members of these groups vary from the general cycling population in the volume and intensity of training, body weight (usually extremely lean), and in that these athletes maximise their rest time between races, sometime even avoiding walking.

Only very few studies have been done on amateur cyclists, and the results available from that research do not show a tendency to bone loss. Thirdly and most interestingly, it matters what cycling discipline you practice. Problems with bone health have been found in road cyclists, but do not seem to come up in track cycling or mountain biking.

Triathletes and duathletes also seem to avoid problems with bone strength. The reasons for this probably relate to the ways in which bone responds to stress, or the nature of what is called weight-bearing exercise.

What is Weight-Bearing Exercise?

Weight-bearing exercise, despite the name, is not the same thing as lifting weights. It is probably better described as impact exercise and involves giving bones a rapid jolt that makes them flex. This forces fluid to flow through spaces in the bone and stimulates cells inside to deposit more mineral, which strengthens the bone structure.

Using a muscle to pull evenly on bone doesn’t give a jolt, which is why swimming doesn’t give you stronger bones, although it offers many other health benefits. Similarly, lifting weights with good control will build your muscles, but probably only your muscles. Gentle walking gives a little jolting, but not enough to efficiently stimulate bone growth.

Rattling down rocky single-track on a mountain bike may be better, and running is probably better again. But the real queen of impact exercise, for hip and spine strengthening, is jumping. Track cyclists like Anna Meares use box jumps as part of their power work, which may account for the higher bone densities found in this group of cyclists.

Equally, elite mountain bikers who showed greater bone density than road cyclists were probably benefiting from doing gap jumps in training. But if you worry you are more likely to break a bone attempting a gap jump, there are safer ways to increase bone strength.

How Can Women Strengthen Their Bones?

Jumping of any kind is beneficial for the spine and hips, which are the two areas of most concern for function in later life. Getting a skipping rope and doing 1-2 minutes of skipping a couple of times a week is one way of making sure your bones get the necessary stimulation to keep their strength.

An even better option is doing standing jumps on a flat surface. One study showed a 3-4% increase in bone density over 6 months from a program of 50 standing jumps a day. That might seem a lot, but you can also do fewer repetitions at higher impact, by maximizing the length of your jump, or jumping onto a (suitably sturdy) box. Resting for 10 seconds between jumps is recommended. Things might be difficult if you don’t have a backyard you can use for jumping. In that case, or if you are shy about using a public space on your own, enlist your female co-riders for support.

Schedule a stop in a park on a group ride and have everyone do jumps together. For greatest benefit, vary the type of jump: try hops, zig-zag jumps and jumping down off park benches. Hilarity may well ensue.

Under normal circumstances, your bones lose density over time, which increases the risk of hard-to-heal fractures. Women are particularly prone to osteoporosis as they age. However, impact exercise can help strengthen bones in both pre- and post-menopausal women.

Indeed, suitable exercise can even help women who already have osteoporosis. While many people take vitamin D and/or calcium pills, research outcomes with these supplements are surprisingly unclear in terms of preventing bone fractures or other benefits. By all means follow your GP’s advice if tests show you are deficient, but be aware that bone strengthening may require more active input.

And as with many things in life, it is better to start sooner than later.

TL:DR Version Ignore the critics and keep riding your bike. But do some jumps too (*).

~ Dr Annette Dexter, Guest Blogger
Annette is a protein and peptide chemist with over 20 years experience as a bench scientist. She's also a lecturer in chemistry, biochemistry and food science at the University of Queensland.

(*) If that means you finally start doing your pelvic floor exercises, so much the better.