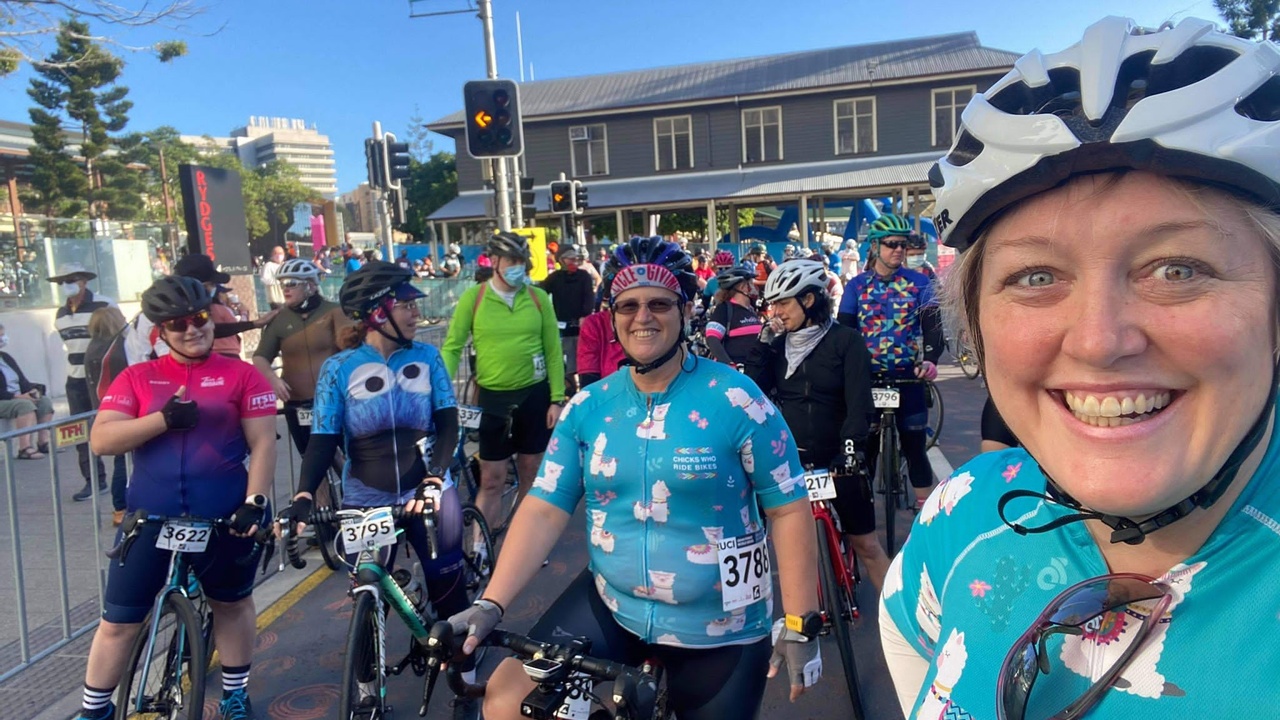 Cycling: Why getting started will change your life

When a lot of people picture a "cyclist", what images come to mind?

Possibly Tour de France or Giro professional riders, clad in tight fitting lycra splattered with advertising? Possibly MAMIL (middle aged men in lycra)'s out in full force in the mornings and in huge bunch rides over the weekend, or crammed around a single table at a cafe waiting for their flat whites in silly shoes?

While these images might be what the non-cyclist brings to mind when thinking about riding bikes, we are so much more than that.

Coronavirus has changed not only the fabric of our society, but how it is sewn together. With social distancing and fear of the spread, the cough or sneeze has become the new fart... Work is no longer what it used to be - rows of cars heading into the city to try and get the early bird parking specials. Now we're all trying to figure out what our best angle is on zoom, and why we always seem to have 3 chins, no matter which way the camera is facing.

Through all of this craziness, statistics are everywhere. Infection rates, percentage of population infected, sick and recovered. Money lost in industrues, bail out figures, JobKeeper payments and loan interest rates... but one statistic we're very interested in is the rise in bicycle sales.

Bicycles Online released some extraordinary figures, showing just how much bikes are sweeping the nation.

In their sales figures since mid-March, they have seen a 302% increase in purchases compared to the same period last year. Wow. This includes 267% increase in urban / commuter bikes, 170% jump in mountain bike sales and a 156% increase in bikes for children.

“Many of our new customers are just rediscovering cycling and wouldn’t consider themselves cyclists,” a representative said.

As a community devoted solely to helping women, not only find cycling as a hobby, but build self-confidence and self-belief while doing it is kind of our jam. Over the past 7 years, we've put on clinics, events and rides that have helped literally thousands of women find the simple joy that is getting on a bicycle and going for a pedal. We have so many testimonials of how cycling has changed these women's lives.

We're super excited about the rise in bike sales, so if you're new to cycling, here's how you can expect your life to change.

One of the biggest things we hear new cyclists say - no matter if they're riding a road bike or a commuter to work - is that they're able to look at where they live in a whole different way. Your street, your neighbourhood, your city... they all look completely different when you're sitting in a car.

You'll notice things you've never noticed before once you start riding bikes. It might be the time of year leaves start changing... it might be how beautiful the local stream looks after a bit of rain. You don't have to go to the Grand Canyon to see how beautiful the world is.

Part of riding bikes is learning how to look after them. It's super scary at first - and you get all kinds of thoughts running through your head, like "how on earth am I mean to fix that?!" But just like anything, you learn. You learn from videos. You learn from your friends. You learn from a coach or instructor. And it's that feeling of being able to do something that mere weeks ago felt impossible will make you feel capable as hell.

I guess cycling has made me feel more capable than I gave myself credit for. I went cycling around Italy for god's sake! 5 years ago, if you had told me that I would have laughed in your face. But I've done it. And it was the trip of a lifetime.

As an adult, it's not easy to make new friends. A lot of us rely on people from work, or people our spouse knows or just people we somehow met decades ago. And whle there's nothing inherently wrong with this, you'll find that by getting started cycling and joining a group or finding your #ridetribe, your friendship circle will expand not only in numbers, but in diversity.

If the common ground between you and another person was that they ride bikes too, and not that they're also in finance or live in your neighbourhood, imagine how many different types of people from different walks of life you'll meet.

I'm 35, and before I started riding, I'd have considered most of my friends to be also 35, white and from the same kind of background. Since starting cycling, I have friends from all over the world of all different ages. I regularly get together with a friend of mine who is 61 and we get on like a house on fire. I just didn't realise how much more expanded my mind and my views would become by expanding my friendship circle.

There's way too much pressure and focus now on the way women's bodies look. My god, all you need to do is look at any form of media in any language in any country on earth and you'll be bombarded with airbrushed women advertising a product that comes with the hint of a promise that if you buy this, your life will finally begin.

Riding bikes will help you to inject the adventure, laughter, friendship, sense of achievement you've always craved, whenever you want.

As women, we are so often reduced to our body parts. Lips like Kylie, a butt like Kim. It's all nonsense. Riding bikes has taught me that my body is an incredible gift because it allows me to see the world. Go on adventures with my friends. Try things I never would have thought possible. When I'm riding, Im only thinking about what's around the next corner, not what my ass looks like in these shorts.