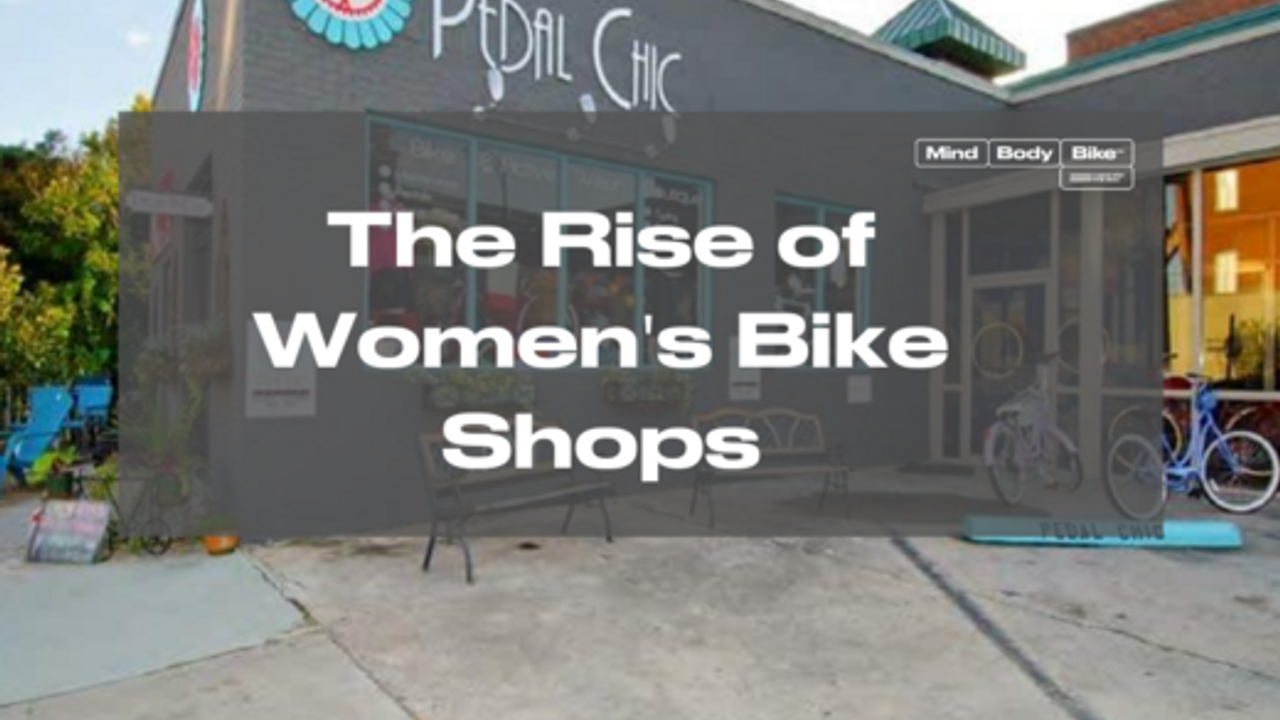 THE RISE OF THE WOMEN'S BIKE SHOP

**PLEASE READ FIRST: It is important to note that I am under no illusion that there are plenty of bike shops out there offering amazing products and services to all of their customers including women. This is simply an article with examples of where that is not the case.**

In an industry where IBDs are becoming rarer by the day (5,000 have gone out of business in the USA in the past 2 years alone), you'd think bike shops would be doing everything possible to increase their customer base and offer outstanding service.

And, to be honest, it wasn't until I asked a few friends in one of the CWRB forums about their experiences in bike shops that I started to realise how epidemic some of the, erm, not so flattering experiences are.

Of course, like many others, I myself have had many irritating examples of passive or outright sexism in bike shops (a recent example was when my partner and I went to hire mountain bikes. The guy behind the desk asked what sort of pedals we wanted. My man responded with "SPDs". The guy behind the desk looked directly at me, then back at him and asked "on both bikes or just yours?") but nothing serious enough to get out my pink feminist pitchfork.

Read some of the comments and anecdotes below and you'll see they range from anywhere between Bad:

"Are there any bike shops that are female friendly? I have had some very underwhelming service and am looking for normal women's gear."

"I have found a few to be pretty unfriendly and have even been grunted at!!"

"I was served by a very friendly young man who was well intentioned but made the mistake of asking if I had a partner at home to change the tyres for me.... I asked him why I couldn't do it myself?! Poor guy... 'just assumed' I wasn't capable based on my gender."

Are we being 'over-sensitive'? Do we even really have 'different needs'? Should we just 'harden up' and deal with it? All interesting questions that I'm sure many of you have an opinion on and that we could spend hours debating...

Enter the concept of a women's specific bike shop. Yes, you read that right, not just a ladies corner in a bike shop but a whole premises devoted to the needs of female cyclists. A progressive notion for sure, but one that Robin Bylenga (owner of Pedal Chic - the USA's first women's bike shop) was certain would be a success.

I was fortunate enough to speak to about Robin about some of her experiences and what cycling means to her.

Robin experienced first hand the impact cycling made to her own life, freedom and independence after losing her job during the GFC and suddenly finding herself a single mom of 3.

CWRB talks to Robin from Pedal Chic - owner of the first women's bike shop in the United States:

CWRB: I want to hear all about Pedal Chic! Tell us everything!!

Pedal Chic: Well, we are the first women's specific bike shop in the country.

CWRB: That must be such a great thing to say

Pedal Chic: You know what? It is. Who would have thought it, right? When I started in the bike industry, there was really no model to follow because we don't operate just like a bike shop. I operate more like a boutique. I really wanted it to be a blend of the hard and soft. I don't want customers to feel like they're just in a store. I want them to feel like they're part of something... motivating. Something uplifting.

The conversation we have doesn't start with derailleurs and carbon fibre. It starts with "What's your story, tell me about you!" It's a lot about listening and getting to know them... asking the right questions.

A lot of women don't know things like they can change their saddle. They go "Ok, here is my bike and this is the seat that came on it." Until you have a problem, and until you have the nerve to say "Is this normal? I'm having a problem!"... and it hasn't really been talked about until recently.

On Her Customers' Significant Others...

CWRB: Do you find that wives bring their husbands along? How do men react or behave in the store?

Pedal Chic: It's changing. When I first started I didn't know what to think! I started joking there was a husband on-charge for all the "advice" they bring. I had a woman come in the other day and her husband is a cyclist in New Zealand and he sent her a 10-page email on what she needs for a bike. She said, "I need a mountain bike and I need to put skinny tyres on it" and I looked at her and said "But what do YOU want?" and, you know, at the end of the conversation we were completely at a different bike. I say things like "just because someone is a cyclist, doesn't mean they are an expert at choosing a bike." a lot.

I have some men come in and say "Am I allowed to be here?" and I joke and say "Yes, but I'll need your 'man card'. I'll give it back to you when you leave."

I guess I learn how to handle it. Some days I'm better than others. You want to always be your best and always be on your game but sometimes it's like "UGH. Really??!"

Pedal Chic: I'm a single mother - I have 3 kids to support. When I was working for corporate America and was downsized again, I thought "well, it's now or never"

CWRB: How old were the kids when that happened?

Pedal Chic: Let's see.  8, 10 and 12. Sometimes it boggles my mind [laughs] to think how... you know what? I'm very blessed I have 3 amazing kids. They are really good kids, they do well in school. And as little time as I've had to spend with them... But - I'm also showing them, you know? They're super proud of me. Like with this opportunity, they've seen me written up in magazines and on TV. I'm showing them that it's hard work but, you know, it's life. It's your one chance. Live your dream... and I think they're pretty proud of me.

Whatever your personal experiences have been, here's one quote which summed it up for me:

"Chicks stick together - we are loyal when treated with respect and we all have our faves!"